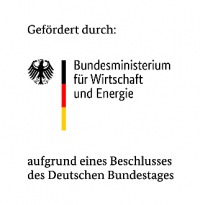 Is it possible to get highly accurate measurements from a stereo camera system?


With relatively inexpensive components? And use it for large scale industrial assembly processes? Yes! This is exactly what we as 3D.aero are developing in the RnD project BiSconA. 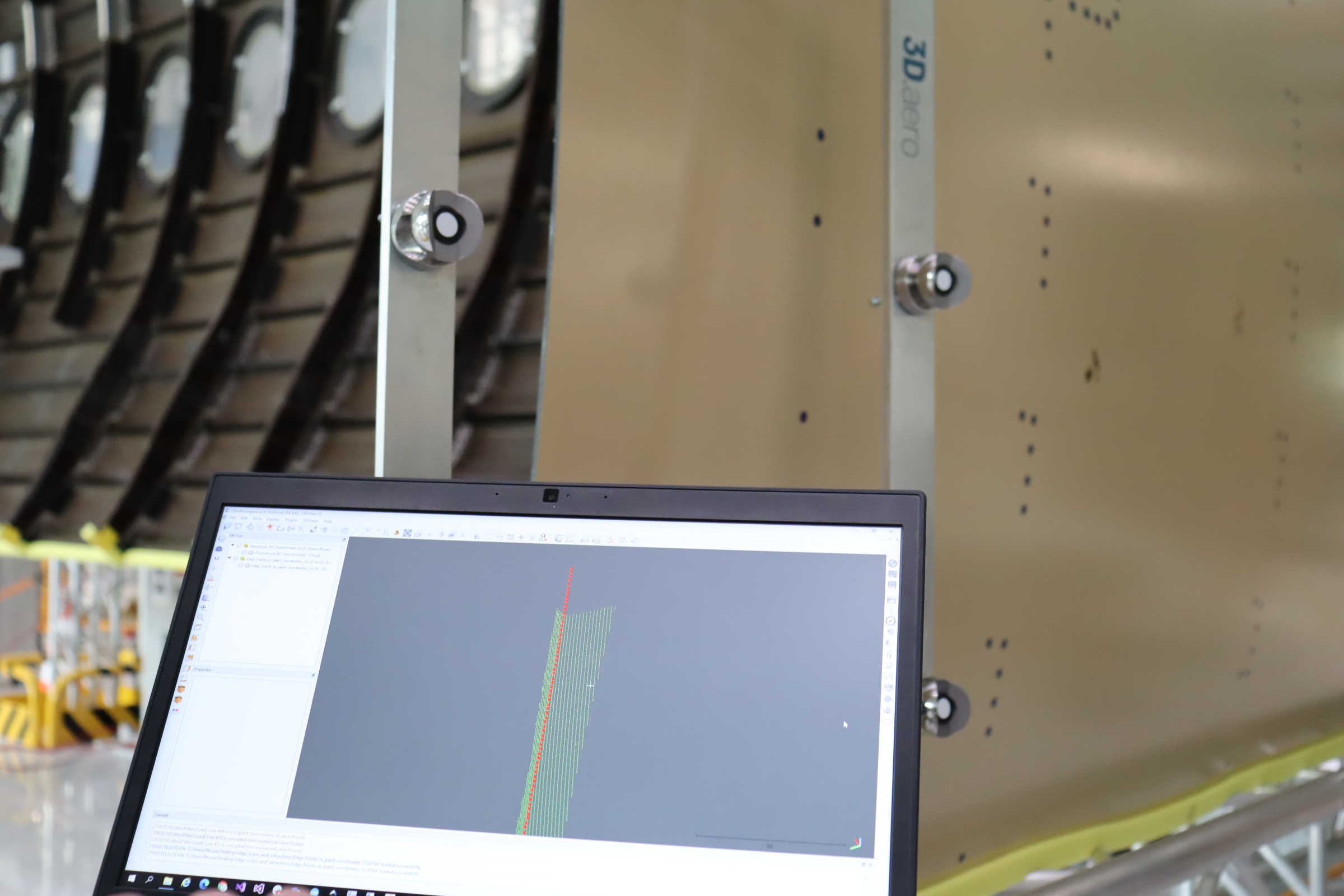 
To start in a more general way, the measurement principle of stereo vision is used to obtain 3-dimensional information by acquiring images from two or more cameras. The cameras are oriented in such a way, that the area where the measurements have to be done, is exactly the overlapping area of the images. Then, with the help of digital image processing and the right algorithms, the needed information can be extracted using triangulation, a process where the information from both cameras are combined to get the 3D coordinates of a point seen by both cameras.

Since cameras are used as the measurement component, stereo vision provides a contactless and fast measurement method, which can be adapted individually to the use case. This can be done by either changing the hardware, like the base distance or the camera model, or by adapting the image processing algorithms. E.g. the same camera setup could possibly be used for detecting and extracting 3D edges and planar circles on a surface, just by choosing the right algorithm. This makes stereo vision a versatile measurement principle. 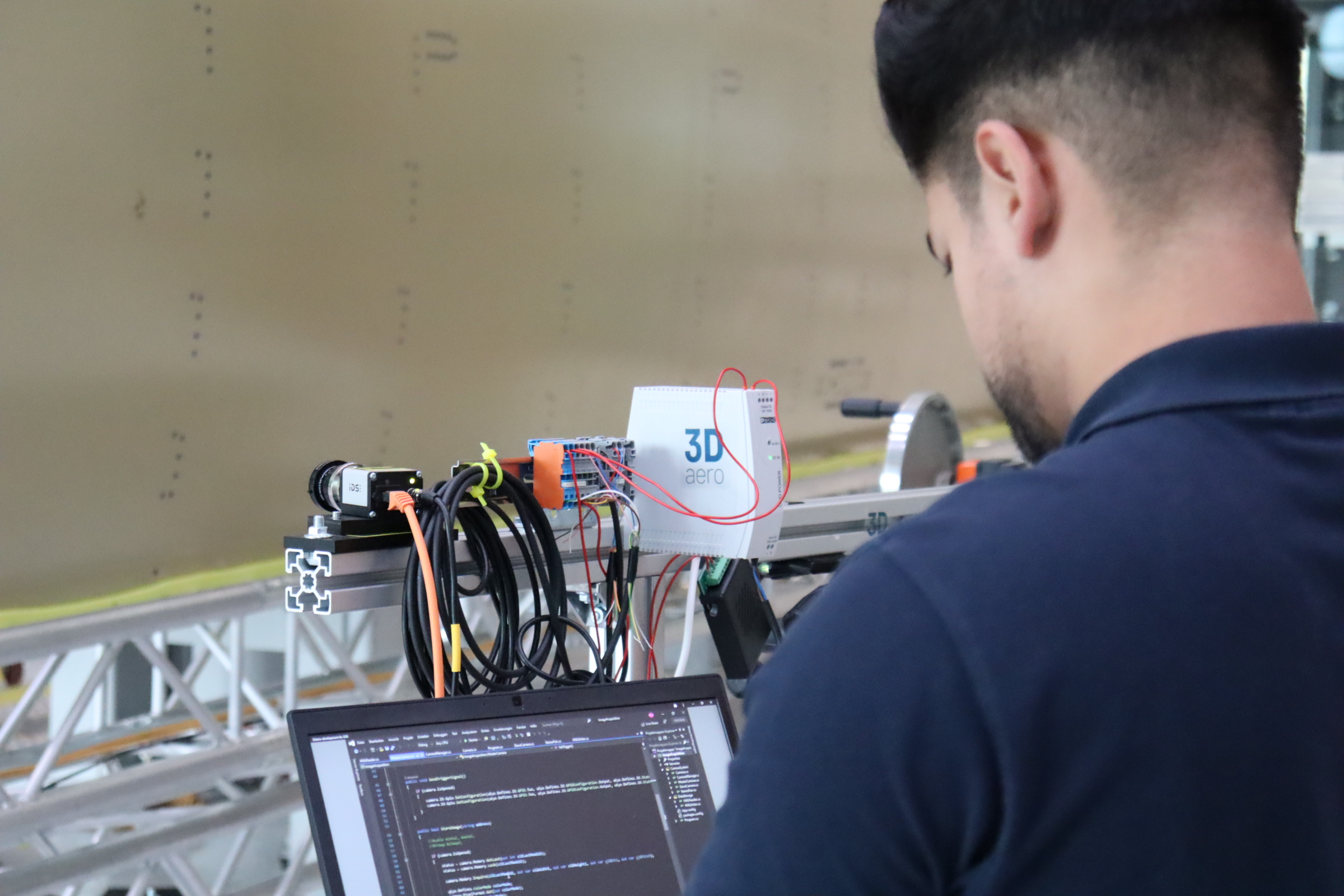 
The project BiSconA focuses on the assembly of aircraft side shells of different sections. Until now, lasertrackers are used for positioning the shells in order to bond them by riveting. Therefore the lasertracker measures different, manually mounted targets distributed on the edges where the shells will be merged. Since this process is mainly manual, it is prone to errors and takes a lot of time.

The main goal of the project BiSconA is to develop an automated „Built-in Stress conformal Assembly“ of side shells in order to get a more accurate and time-saving assembling process, while keeping the shell in a stress-free condition. Therefore an array of stereo vision systems will be used for shape detection during the assembly process. This includes measuring features on the side shell surfaces as well as measuring the shape and position of the side shell interfaces. The gathered data will then be further processed and the positions of the actuators, where the attached shell is in a stress free state, will be calculated and moved to. The requirements for that are high accuracies of <0.5 mm in an absolute plant coordinate system with respect to the production site and a measurement distance of at least 1.4 m. High robustness and reliability are needed as well, all in an environment where the camera systems are mounted stationary and are hard to reach.


We as 3D.aero are developing a relatively inexpensive stereo camera system for industrial applications that meets the requirements of the BiSconA use-case, but could also be adapted to several more.In our solution we are using smartphone cameras in a self-built camera system, an easy calibration procedure and a self-developed referencing system, in order to be able to measure the side shell of an aircraft.

Our development uses MiPi-cameras with a 12MPx resolution, a base partly made of carbon and CS-mount (with adapters to C-mount). The transformation into the needed coordinate system will be obtained by a moveable reference frame, which will be placed between the camera system and the object to be measured. This frame will also serve as a mounting for the (IR-) flash as well as be used for on-site recalibration, since the stereo camera systems are very hard to reach, once they have been mounted. This will allow us to keep track of the measurement accuracies and do a re-calibration if needed, without a lot of effort. An initial calibration will be done before mounting in-lab using our own calibration software.

In BiSconA we are able to measure existing features on the shell surface with absolute accuracies below 0.1 mm with respect to plant coordinate system and also extract the interface edges into a 3D point cloud, using self-developed image processing software, which can be adapted to many more use-cases. The measurement data will be provided via a server and is getting updated every 3 seconds.

In conclusion, we can measure an aircraft side-shell in below-mm resolution, while using smartphone cameras and reducing the overall costs by up to 80%. 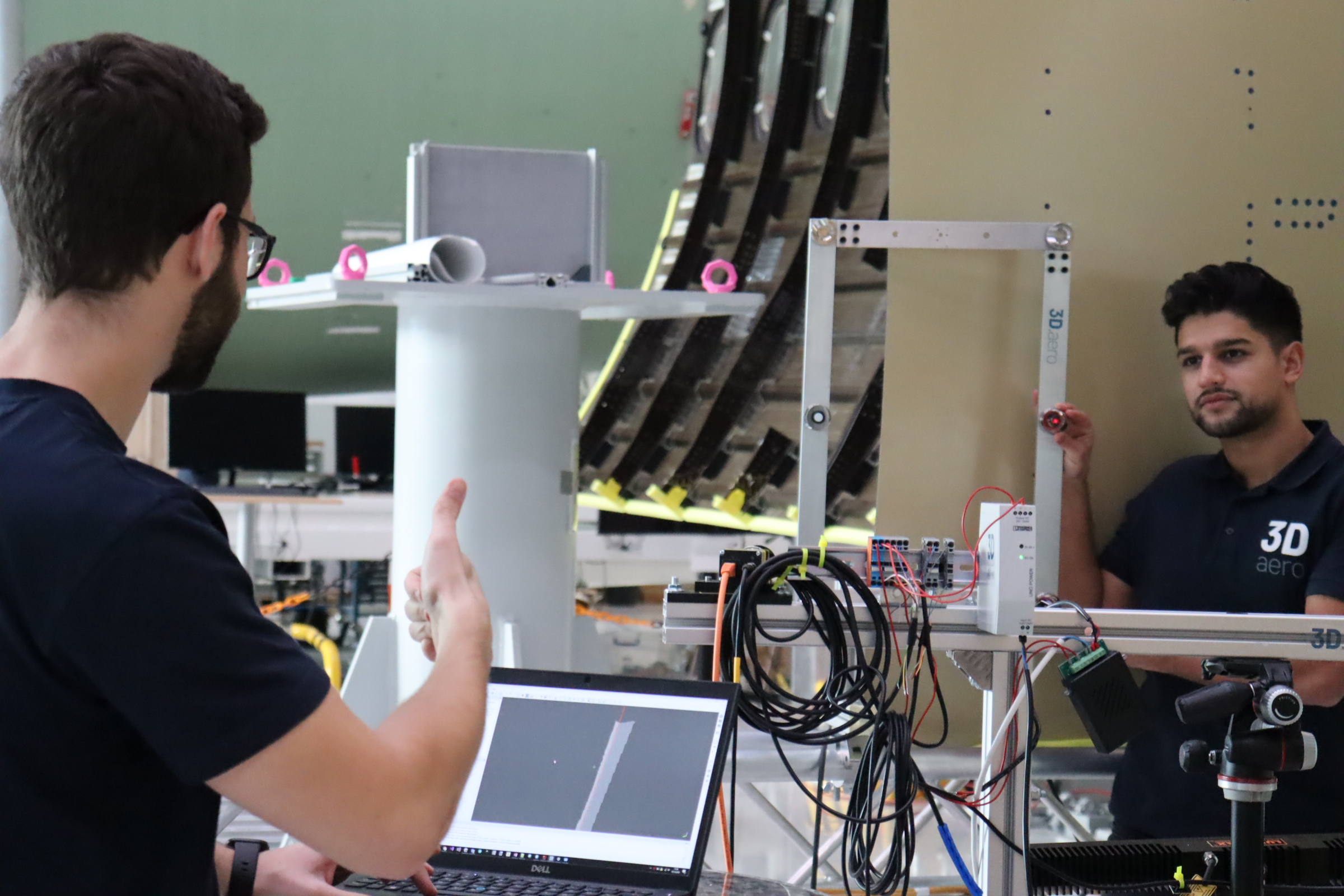 Do you have your own application in mind? Feel free to contact us!

As a joint venture between Luftfhansa Technik and Pepperl+Fuchs, we combine proven automation approaches with process know-how from the aviation industry and innovations such as stereo vision, AI and robotics to create advanced automation solutions. At 3D.aero, we also understand that the requirements and needs for technological solutions are as individual as the company and the processes and employees behind them. That is why we have made it to our mission to accompany our customers from the problem definition to the development of their own automation solution.

Contact us for further information. We are looking forward to your message!